Poetry is about letting go of your pen in order to put words to the images you find there. 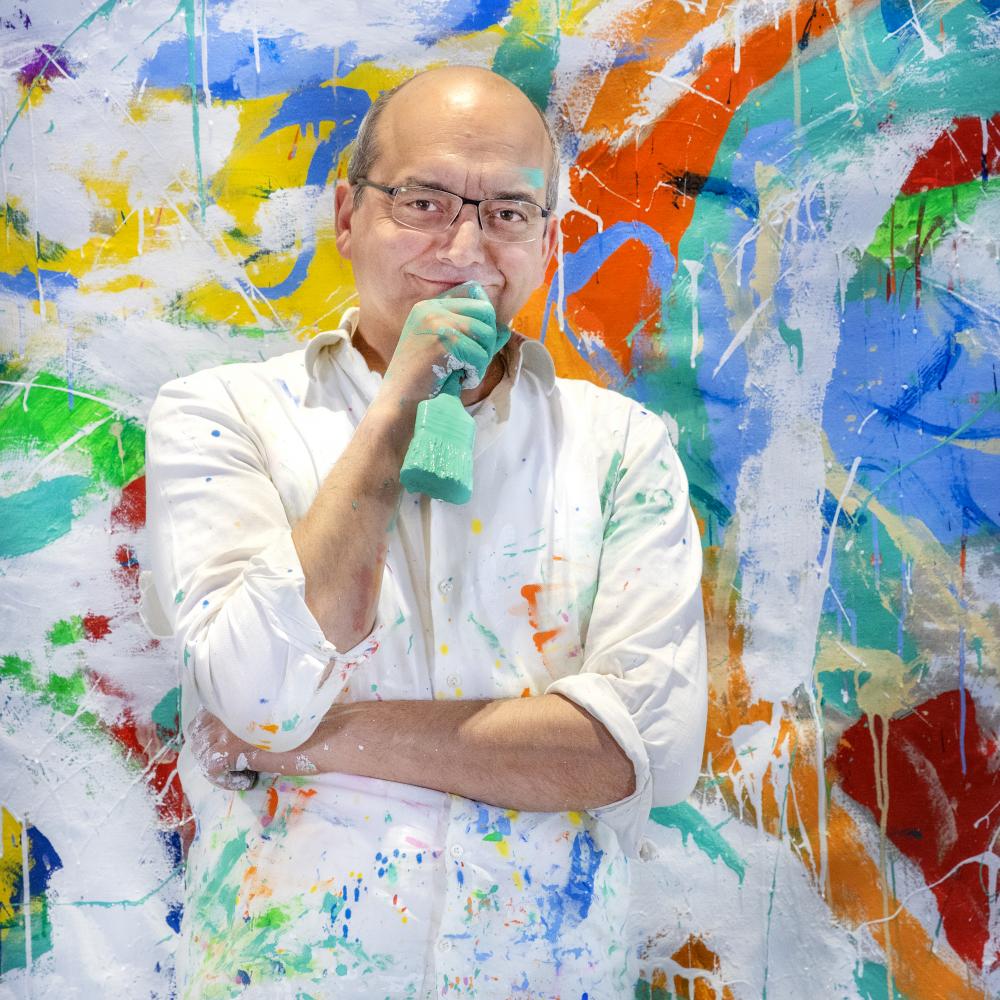 Christophe de Fierlant has been passionate about colours and words since his teenage years.  It was at the age of 17, studying the classical Greek poets, that he felt the urge to write poetry. The following year, the Fauvists and their brilliant colours made him want to paint. And so it began... Although he soon incorporated words and phrases into his paintings, it was not until a few years later that he decided to merge the two. In the meantime he tried his hand at various jobs.  Some were successful, others were failures.

2015 is the decisive year: he chooses to do what he loves: painting and writing!  Optimistic by nature, he transforms all the difficulties of life into positive energy.  The combination of painting and poetry has earned him a special place in the art world. Since 2016 his work has been exhibited all over Europe and also in the United States (Scope Miami during the Art Basel Week in December 2020, with the Vogelsang Gallery).

In addition to his signature, he affixes the red print of his right thumb at the bottom right of each of his paintings.

Another distinctive sign: whether he paints or writes, he always does so to music. Rock, electro, French song, world music or even classical or jazz, ... music always and everywhere accompanies him in his artistic research. 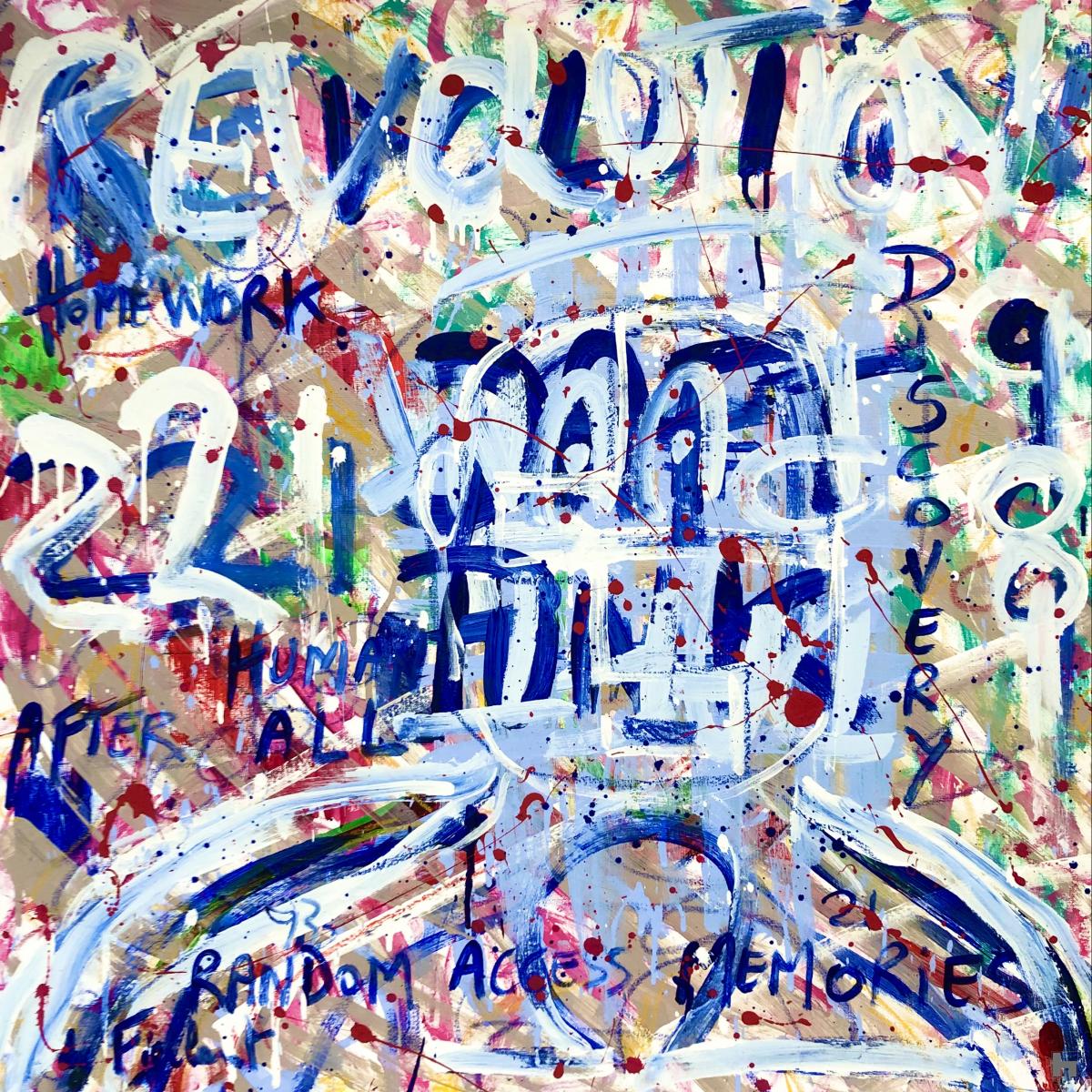